A Flame of Fire 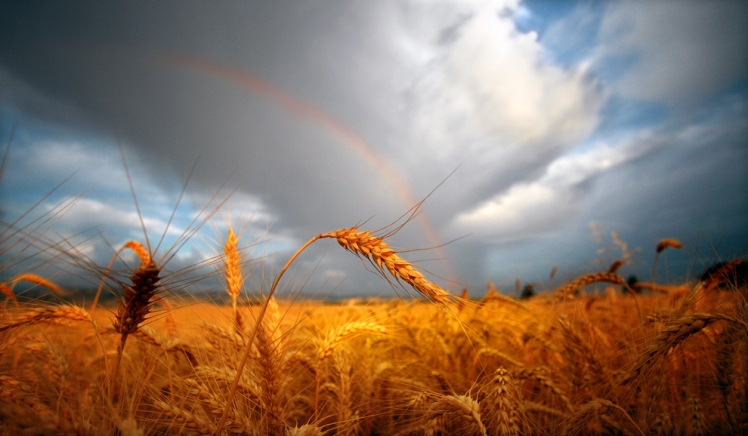 Lift Up Your Eyes – By Pastor Rick Walter

In John chapter four we read about Jesus meeting the Samaritan woman at Jacob’s well. In this passage, we read about the disciples going into the city to buy meat. We later read about the disciples returning to the well and finding Jesus speaking to the woman. They were shocked by His behavior. After this woman was saved, she ran into the city to tell others what had happened in her life. The Lord took this opportunity to admonish His disciples. In verse thirty- five He said, “Say not ye, There are yet four months, and then cometh harvest? behold, I say unto you, Lift up your eyes, and look on the fields; for they are white already to harvest.” What a great lesson for each of us as we consider the task ahead of us.

July 8, 2017, started just like the previous Saturday had. I woke up in pain. I had trouble breathing. Every breath I took hurt. Every movement I made hurt. My wife and I spent the day at the hospital as the staff drew blood and ran scans to check my heart and lungs. When all was said and done, the doctor told me that I had pleurisy. It was nothing that a few ibuprofen couldn’t fix. We went home, and for several days I felt great. However, the pain returned with the same intensity but in a new location, so for the second Saturday in a row, we went to the hospital. It was more tests and scans but in a new area this time. I will never forget when the doctor walking into the room, sat down and said, “I have bad news.” He proceeded to tell me that I had cancer. Initially, that news did not trouble me as much as you would expect. I was all right knowing that God was in control of the situation. Something did change that day, though. My perspective changed.

I have been an aggressive soul winner for many years, but that day I had a renewed urgency of telling people about the Gospel. Luke 19:10 says that the Lord came “to seek and to save that which was lost.” That was the purpose of His coming. He came after lost sinners. We can read about Him reaching those like the Samaritan woman, the woman taken in adultery, and the maniac of Gadara. These each had some deep, inner hurts that others either exploited, misunderstood, or ignored. The Saviour came to minister to these and so many others just like them because He loved them. He knew the root cause of their problems. He knew that He was the sole cure for those problems.

Jesus Christ no longer walks this Earth in a body of flesh. Instead, He has commissioned His children, you and me, to seek the lost and reconcile them back to Himself. It is our job to seek the lost.

It is hard to do that when we are like the disciples that day in Samaria. They were surrounded by lost people. They bought their lunch from a lost person. They walked past countless lost people. It appears that it never crossed their minds that they should stop and get involved in any of the lives of those people. They were content to let the opportunities slip by while they bought their lunch. When they returned and found the Lord doing what they had refused to do, they were confused. The Lord rebuked them for their lack of observation. He told them to lift up their eyes and look on the fields. He told them that the fields were already white unto harvest. They had been in the eld the whole time and had not gathered in anything.

On July 8, 2017, at the age of forty- five, I learned that I have stage IV cancer. That news does not concern me as much as when I look around and see those who are enjoying salvation but do not take the time to tell anyone about how they can also enjoy that same salvation. How can so many of God’s people talk about winning souls but never do it? All around us, there are people like those to whom the Lord ministered. They have real problems caused by the sin in their lives. They will not walk up to us and pour out their hearts telling us all about their problems any more than I would walk up to a stranger and tell him all about my cancer. They do not reveal their hurts because they do not think that we care about their hurts. That is why the Lord did not say to sit and wait for them to come to us. He told us to seek them.

At forty- five years of age, I have a renewed urgency about winning souls. I do not know what the Lord has in store for me in the future, but I do know that I have this moment and this opportunity. I do not want to let it slip by because I refuse to lift up my eyes and look. Take a chance and talk to someone today about the Lord. Realize that your time is short. Their time is short. This may be the only time that the two of you will ever be together to talk about the greatest subject in the whole world – salvation. Take advantage of the time you have while you have it. It took me 45 years and stage IV cancer to truly understand the importance of telling everyone I meet about the Saviour. May we all recognize the importance of our duty to tell the lost of Christ!

Pastor Rick Walter has served the Lord for 22 years. He has pastored the Victory Baptist Church in Winthrop, ME since 2003. Please pray for God’s grace and miraculous healing as he fights Stage IV terminal cancer.

One thought on “Lift Up Your Eyes”